JHUNJHUNWALA IN IPL FOR RAJASTAN 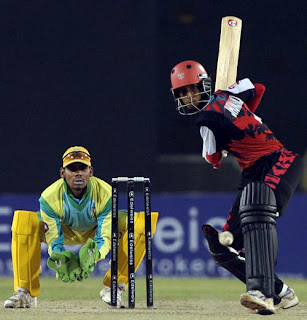 Abhishek Jhunjhunwala, the batsman who recently cut ties with the ICL is the first player from the rebel league to take up an IPL contract. He has has been asked by Rajasthan Royals to represent them in the exhibition match against Middlesex at Lord's on Monday which could be followed by a permanent deal with the franchise. He was among the 79 ICL players who accepted the BCCI's amnesty offer which allowed them to return to the domestic fold. After the November ICL tournament was scrapped due to the non availability of players in the league, Jhunjhunwala headed to to play for the leagues. He was called by Rajasthan to attend a training camp in Jaipur which began on Sunday for the benefit of the England-bound players for the exhibition match. He will stay back in to finish his league stint and then return to to attend the Ranji camp for , his former state team. He joined the ICL during its inception in 2007 and represented the Royal Bengal Tigers. But now he is back to BCCI’s IPL, which is considered to be the rebel of ICL.