HOW CANCER SPREAD IN BRAIN 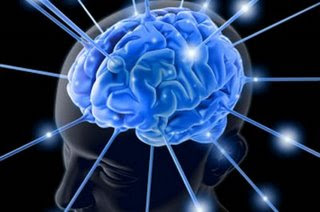 For the first time, a research at the Oxford University shows how cancers that spread to the brain establish themselves and begin to grow.The article published in the journal PLoS ONE, has identified the mechanism that metastatic cancer cells use to anchor themselves to blood vessels in the brain.This could allow new drugs to be developed to stop cancers from spreading and growing in the brain.
Metastasis is the process where cancer breaks out from where a tumour has initially grown and spreads to other parts of the body.It is the reason why cancer is fatal.Brain metastases are the most common malignant tumours of the central nervous system(CNS) outnumbering by ten times those that originate in the brain.Over 20 per cent of all cancer patients will eventually develop metastatic cancer in CNS. Dr W Shawn Carbonell says that "Metastasis to the brain is essentially terminal, and very little is known about the process by which it occurs.But by quickly remedying our lack of knowledge, we hope to be able to come up with new and better ways of treating such cancers."
The Oxford University team finds an answer for how do tumour cells grow in the brain? They looked at a comprehensive range of cancer cell types from humans and mice breast cancer cell lines, melanoma cells and a lymphoma cell line and examined how the cells establish themselves in the brain in laboratory studies, using both mice and human tissue samples.Previously it had been assumed that tumour cells grew on the cells that make up the grey and white matter of the brain: the neurons and glial cells.However, no proper studies have been done before and there is little evidence to back this up one way or another.Instead found that cancer cells start to grow on brain's blood vessel walls and not on the nerve cells.
Posted by Vijay at 12:50 PM